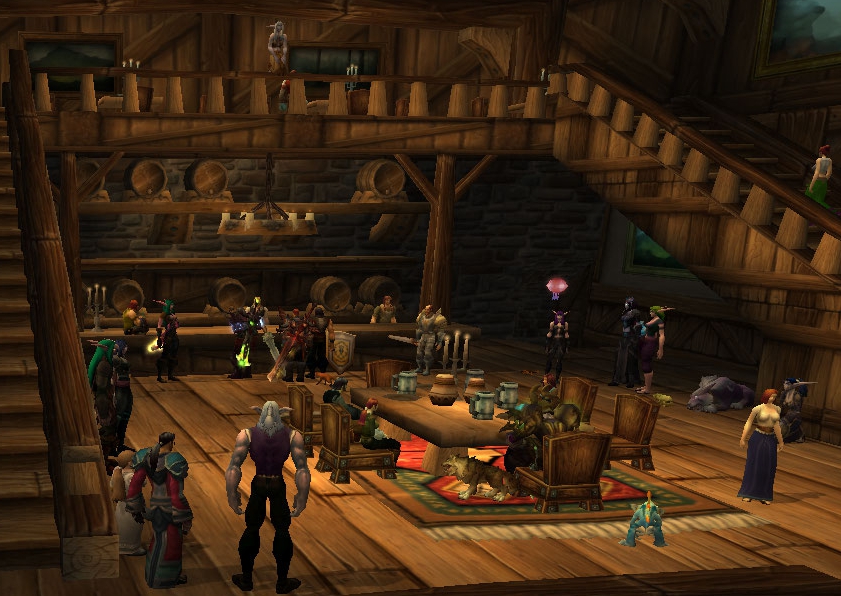 So quite a few of you, dear readers, follow me on Twitter. As such, most of you have been subjected to my ongoing tweets about messing around with Alliance-side RP. See, the majority of the people I know on my home server of Thorium Brotherhood have been taking a bit of a break due to various reasons. While I hope that things pick up come Mists of Pandaria next month, I did miss RPing with people, and with my druid almost at 85 and my other characters on standby until Mists drops, I figured it couldn’t hurt to try something new. After all, none of my Alliance characters have ever lasted very long. When I mentioned this on Twitter, Bricu of WTT: [RP] naturally suggested Feathermoon. I do follow a good number of Feathermoon people on twitter, and they all seemed ridiculously awesome. I figured that if I was going to try this anywhere, it should be on a server that I knew had awesome people. I was even told there was RP happening Tuesday night!

I had a bit of personal drama regarding what character I was going to roll (the race remained consistent, but the class changed several times), and, unfortunately, twitter got the brunt of it. (I do apologize for that, guys.) Ultimately, I went back to a dwarf priest, one I spent all of Tuesday leveling like mad so she could at least look decent for when she made her appearance. Finally, six p.m. server time rolled around, and I made my way to the Pig and Whistle in Old Town of Stormwind. I was all excited on the way there, and a little bit nervous, but it wasn’t until I got to the door of the inn that I realized something.

I was completely and utterly terrified.

I could see Tarquin and Threnn and even Aelflaed (whose blog, Too Many Annas, I also follow) already inside, and these are people I’ve spent at least two years reading about through various blog posts. And then I saw Bricu himself walk in, and I panicked. I couldn’t even get my little dwarf through the door! Yeah, suffice to say that I was incredibly starstruck already.

Eventually, I decided I just had to get in there, similar to ripping off a bandaid, so I just ran inside and hid upstairs for a few minutes before sneaking downstairs and hiding at the table under one of the staircases. Bricu, however, saw me, and he was nice enough to provide me with a way into the conversation. Everyone was wonderful, and even though I may have botched the dwarf accent horribly, I really did have a lot of fun. I didn’t say much, no, and I spent a good chunk of the time thinking it would probably be easier if the character was a hunter or some other class (and I did have to admit that a priest drinking seemed a little odd to me), but I still had a great time. So much fun, in fact, that I’ll probably be back next week, if the Feathermoon crew will have me.