So, since Pen and Shield covers multiple games now, I decided to personally take things a step further. Not only are we going into my Warcraft screenshots folder, but also my SWTOR and LotRO screenshot folders. I guess I like madness? I don’t know.

Since this blog began because of my love for World of Warcraft, it seems only fitting that I begin with that. Before I moved to my new computer, I had apparently gone and decided to organize my Warcraft screenshot folder, breaking it down by year. This year would be the sixth year (man, have I really been playing WoW for six years?), and thus my sixth subfolder… 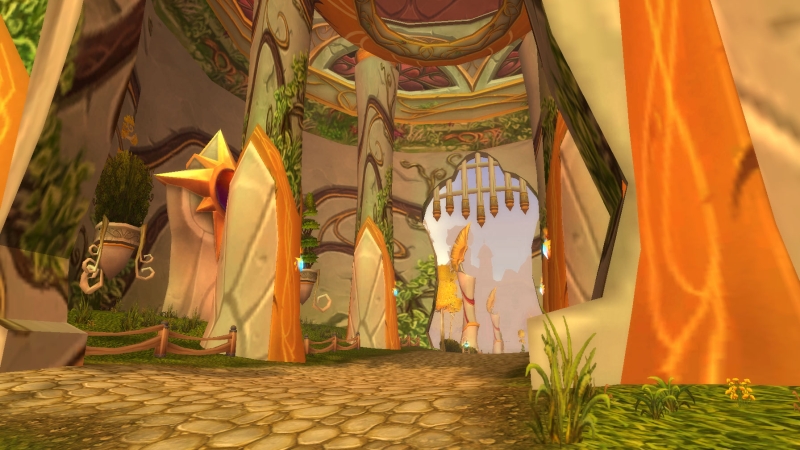 The beauty of blood elven architecture

Dated February 7, 2012, one of the first screenshots I took on my new computer. In an attempt to revitalize my love for my original main (I’m still not quite willing to let go of her, I suppose), I returned to Eversong Woods and went a little nuts taking screencaps for inspiration. This was the second image I took, and, amusingly, the only usable one in the batch. The others had other PCs running through it and I had been silly and neglected to turn off the overhead names. Go me.

Next up… SWTOR! Sadly, my SWTOR folder doesn’t have subfolders, so this is the sixth image in this game’s screenshot folder. 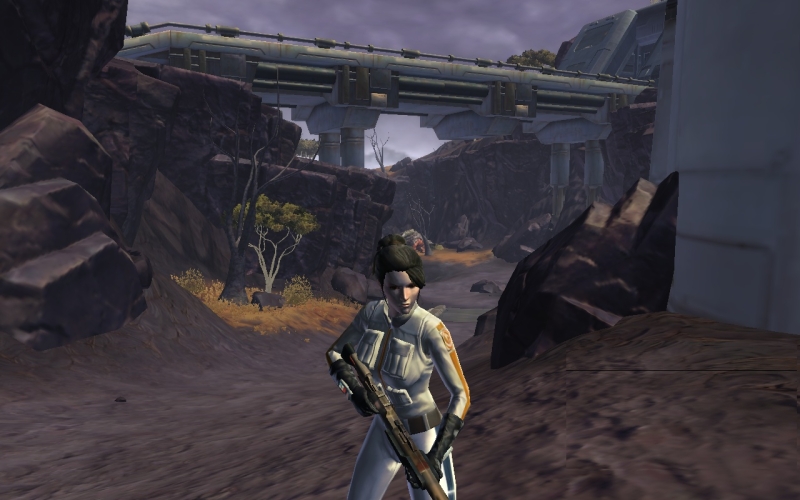 A shot from SWTOR's beta days!

This would be a shot I took when the game went into open beta in November of last year, taken on my old laptop (which notoriously had issues with the game). Damaris began life here in the beta, where I discovered my love for the trooper class. This was her trying to look badass and me attempting to put together something that looked a bit nice given my limited graphics capabilities. It was a victory screenshot, once I figured out how to get the UI to disappear. >> It’s a nice shot, regardless, though.

Next up is my LotRO folder! No subfolders here, either, sadly, so I had to go with the sixth screenshot. 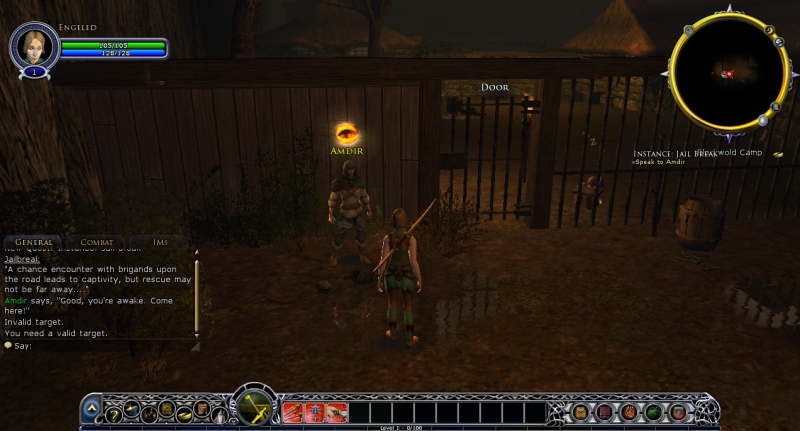 This takes me back. XD Back when I first started playing LotRO, my main was Engeled, a woman of Rohan and a hunter. This was back before they made all the changes they’ve made to the racial starting areas, so you ran into Amdir right away as a human as opposed to Strider like you do now. I also felt the need to chronicle everything then, so the subsequent screenshots consist of the story as it was then, with Amdir telling you about a couple of hobbits who were captured and how you have to save them. I remember feeling very epic after I finished that starting area, just because you run into one of the Black Riders before the flames stop him from getting next to you and the two hobbits you just saved from brigands.

The rules state that I’m now supposed to tag people to do this. Unfortunately, I can’t keep track of who has and who hasn’t, so I’m going to put the challenge to the world at large now. Show off some of the images in your screenshot folders! Have fun with it, too! You might find something you didn’t expect to see again.

One thought on “The Meme of Sixes”