I’ve mentioned in the past just how much I love Middle-Earth. When I created my hobbit minstrel, Anthyllis, I used it as an opportunity to take everything I loved about the world and put it into a character. I decided that, as a hobbit, she had grown up listening to Bilbo’s stories and ventured out into the world to see some of the things he had seen and to possibly happen upon some interesting adventures of her own. After finally hitting level 42 a few weeks back, Anthyllis is now officially my highest level character in LotRO. Being at this level, however, it meant that she got to venture into the Trollshaws, go to Rivendell, and even meet Elrond! 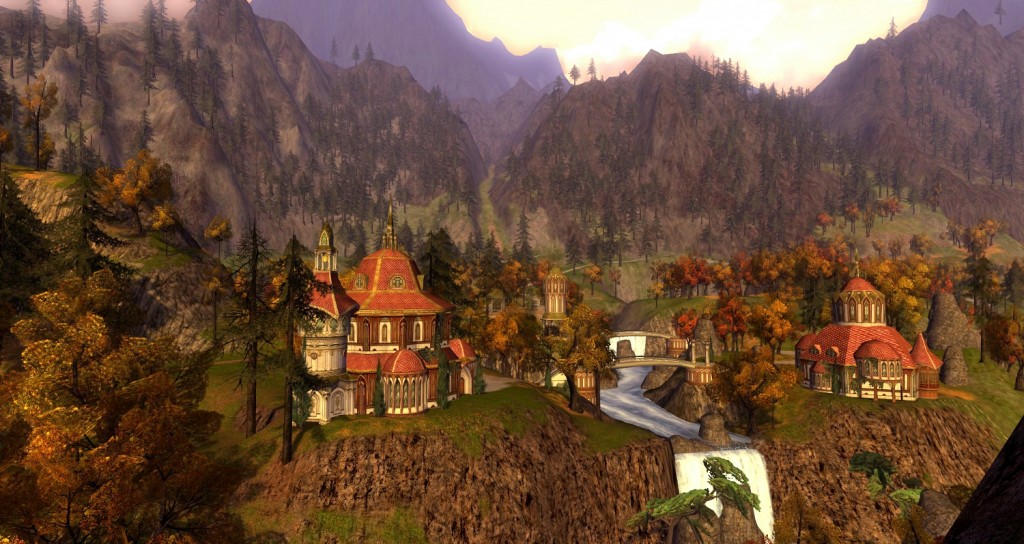 And this isn’t even all of Rivendell. It’s gorgeous, though, isn’t it?

One of the things I personally love about LotRO is the fact that the major lore characters are right there. You can talk to them, you can quest for them, and, sometimes, you can even adventure with them. At the current point Anthyllis is at in the epic quest chain, the Fellowship has yet to leave Imladris, so the entire Fellowship is still right there in the city, and, yes, she’s happily visited them all. She even got to run around a bit with Gimli last night when they ventured out to destroy an evil dwarf.

However, despite this, it wasn’t quite enough, and I found myself incapable of describing why that was. The entire time, I couldn’t help but feel like something major was missing. I had gotten to see quite a few major landmarks so far. I got to see Weathertop earlier, and the Ford of Bruinen where the Ringwraiths were swept away by the river in the Fellowship of the Ring. I had gotten to meet the Fellowship. I had even met Bilbo! So why didn’t it feel like enough? Something was missing, I just wasn’t sure what.

As Anthyllis continued to roam through the Trollshaws, however, she happened upon a man further down the Bruinen river, who informed her that his grandparents lived in a village that had been raided by trolls, and he, for reason, wanted to find out what had become of them all these years later. It turned out their names were Bert, Tom, and Bill. It took me a minute or two before I remembered The Hobbit and why those names were so significant.

The quest-giver was talking about Bilbo’s trolls. 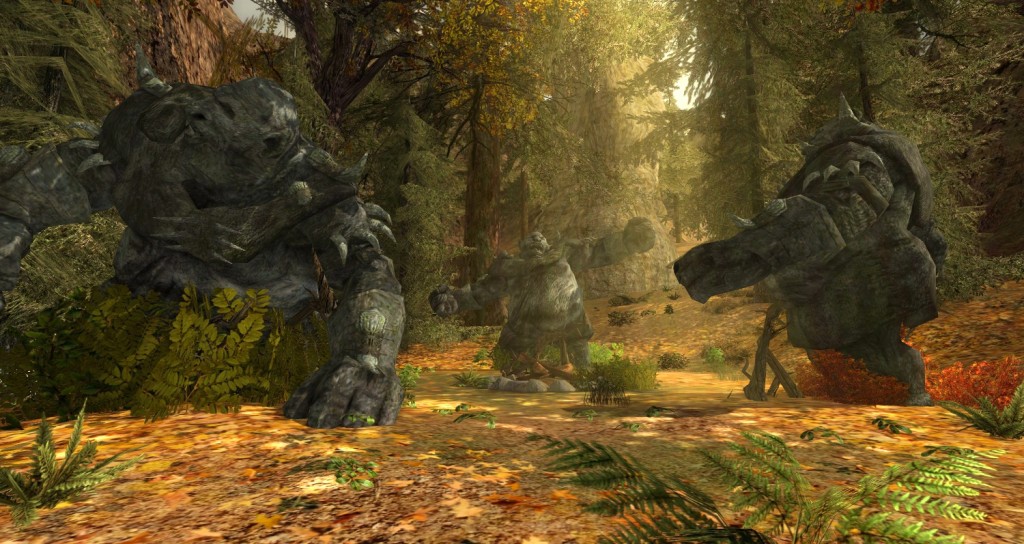 Once I came to this realization, I had Anthyllis mount up and ride for Rivendell, almost frantically trying to remember where Bilbo was in the Last Homely House. If anybody knew where they would be, he would. Fortunately, it didn’t take me very long to do. He quite happily regaled Anthyllis with the tale of the trolls (apparently, it’s her favorite) and even told her where they were. So, enthused, she set out immediately for the clearing where the three trolls were still frozen in stone, and I as the player, couldn’t stop squeeing for at least ten minutes while I took all the pictures ever.

Anthyllis, however, was finally able to see something she had actually grown up hearing about, and could not have been happier. What could possibly top seeing Mister Bilbo’s trolls? 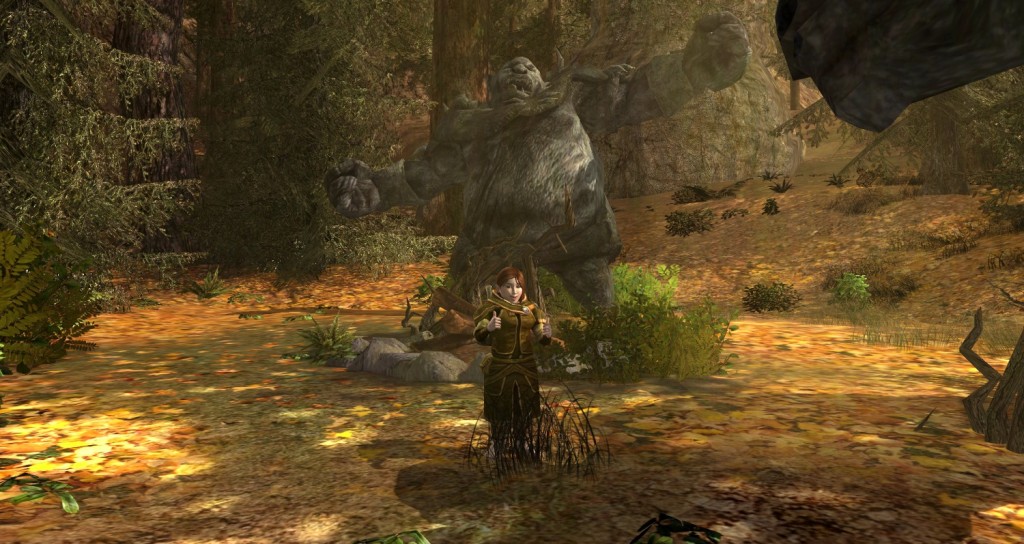