For those of us in the United States, it’s our Independence Day! In WoW, it marks the beginning of the end of the Midsummer festival (as a reminder to all, it ends tomorrow), so I hope you guys bashed Ahune to death while you had the chance and got everything you were hoping to get from him!

I don’t have a lot of time today, due to various 4th of July traditions and a barbeque later, but I wanted to wish those who celebrate a happy Independence Day and leave you guys with this (still very amusing) bit of machinima created four years ago by Oxhorn. Enjoy!

The Spring Festival is not all that different from years previous. However, we do have some new things. We have new cosmetics, though I warn you right now, dear readers: that new robe is not flattering on anyone. You can actually obtain the Steed of the Jester (last year‘s surprise horse) if you gather enough flowers. But, this year, we also have a brand new horse! 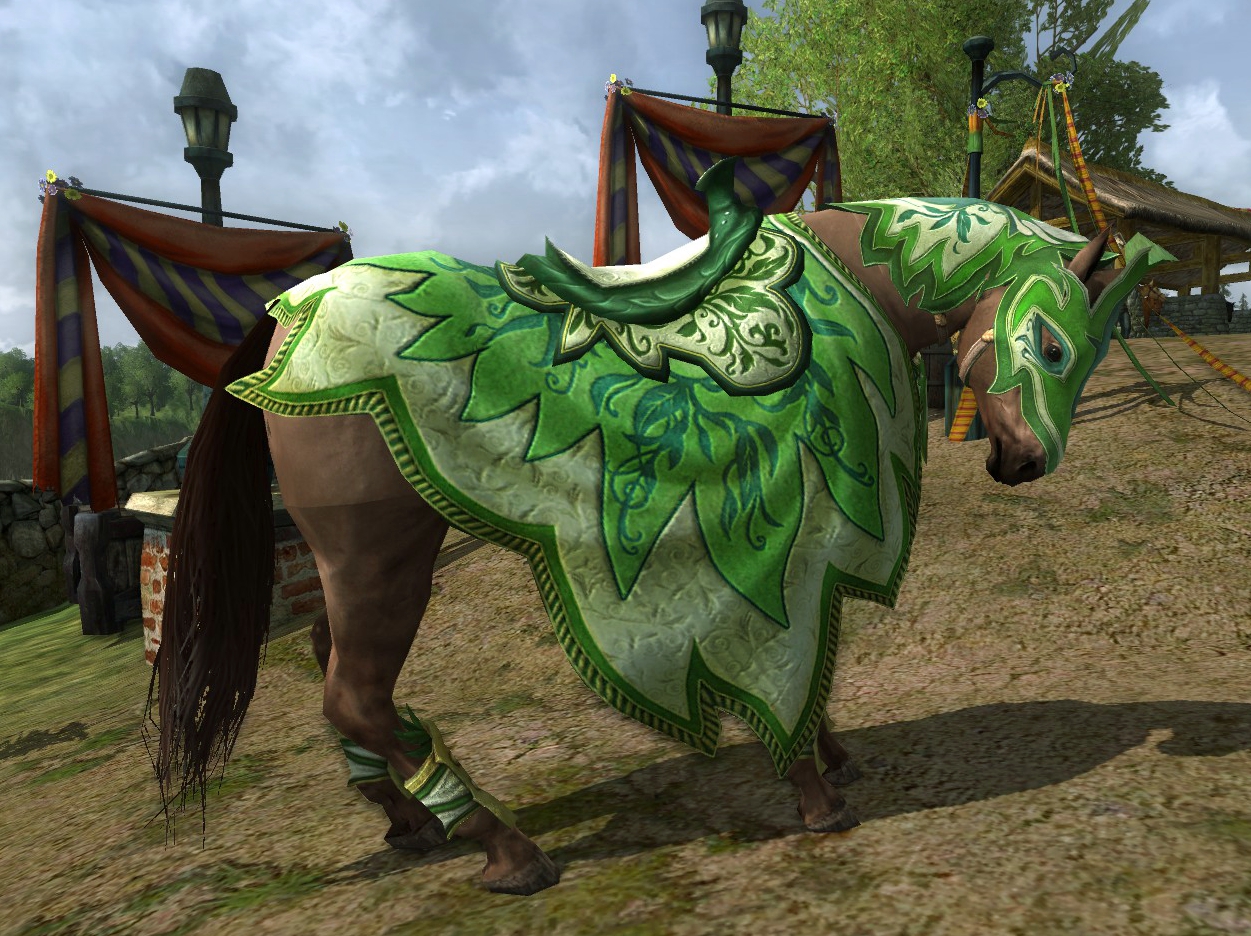 The newest addition to the LotRO stables, the Lissuin Steed

The Lissuin Steed will set you back 40 spring leaves, but, not only that, you can also buy his gear for your warsteed! Unfortunately, unlike the Yule Festival, you can’t buy a box that has all the pieces. If you want them for your warsteed, you’ll have to do a bit of shopping. The caparison and leggings can be obtained from the various Spring Festival quartermasters or at Hengstacer Farm, I believe, for 20 spring leaves apiece. The halter and saddle, however, are at the vendor in Bree near the Boar Fountain for 80/80/80 flowers apiece from that flower-picking daily.

As I understand it, the cosmetics can be dyed, but as I write this, I’m not sure how they look when dyed. Unfortunately, Anthyllis is only level 49, so I definitely won’t have the opportunity to try for myself, and I’ve been scouring the internet for a picture. Unfortunately, I’ve so far turned up empty-handed, but I remain hopeful! 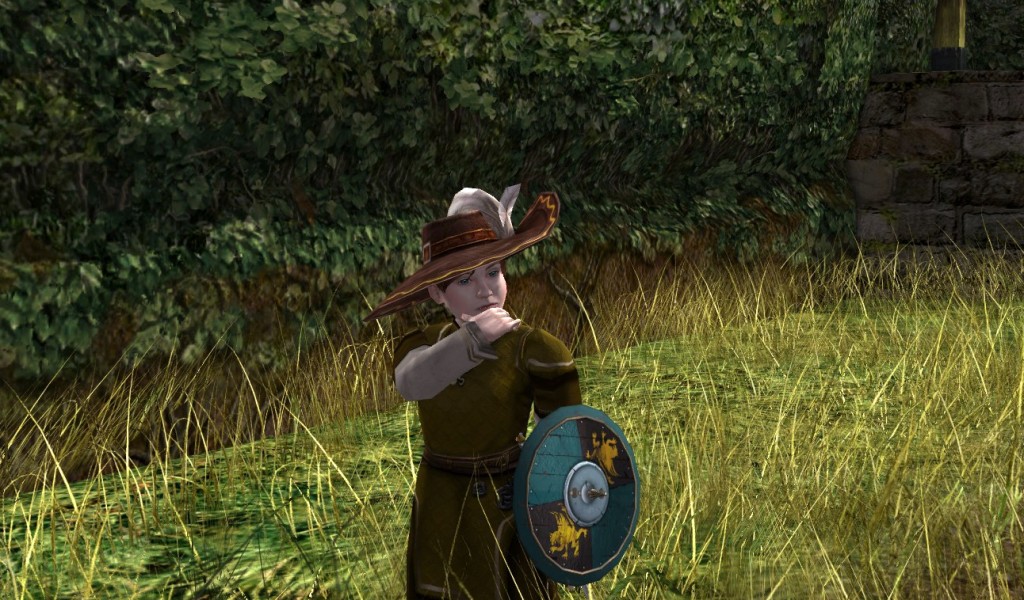 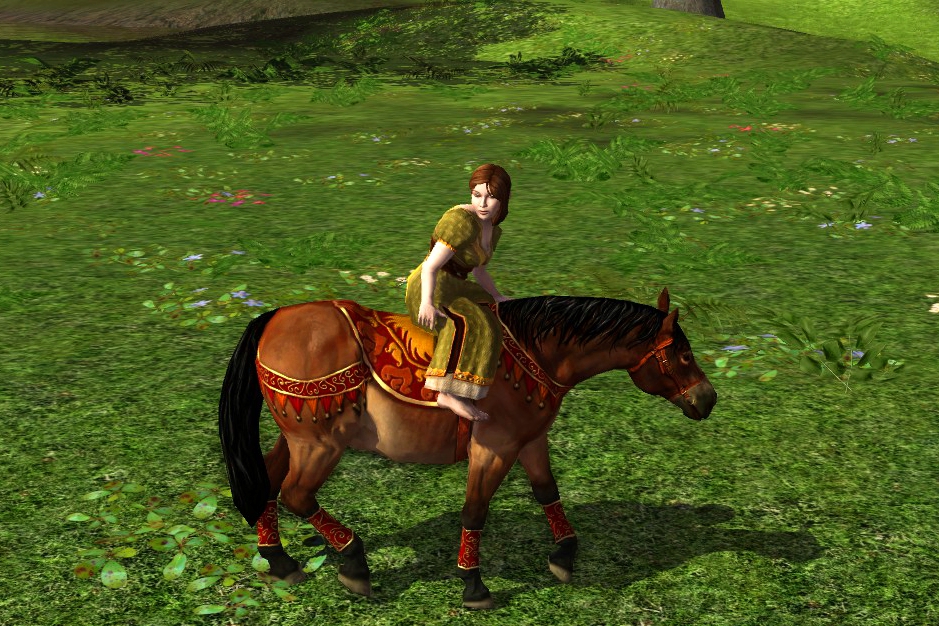